Published by Andrina Jayde on December 27, 2022 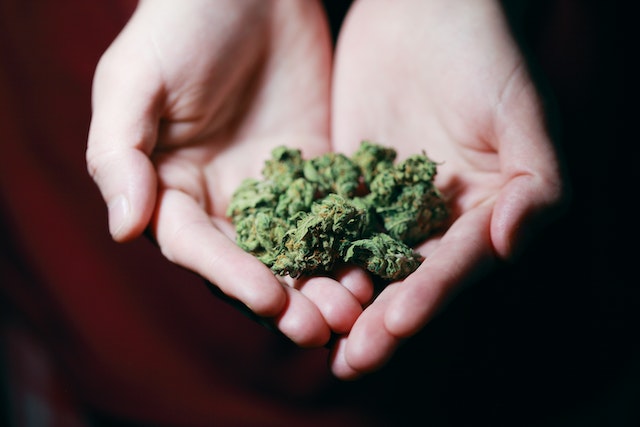 In Germany, the use of marijuana is still a taboo subject. The statistics speak a clear language, but if you address people directly on the topic, there are apparently no stoners in Germany and certainly no pot-smoking celebrities, because they are in the public.

In the US, on the other hand, the situation is completely different. Many US states have legalized medical cannabis products like CBD oil (CBD aliejus), and in some cases, the purchase and consumption of marijuana are even completely legal. Talking openly about their consumption is easier for stars in the States so even several US presidents have admitted to having consumed before. But see for yourself:

In an interview with “Rolling Stone,” Jennifer Aniston made a clear position clear, saying that she enjoys marijuana use and sees nothing wrong with it.

The US actor with the unmistakable voice uses cannabis as a medicine to treat his fibromyalgia. In addition, he considers a ban on cannabis to be the “stupidest law”.

Cameron Diaz has been consuming since her youth and hasn’t stopped doing so to this day. Some sources even report that she used to buy her cannabis from Snoop Dogg.

Lady Gaga regularly helps her own creativity when writing her songs by consuming a gram or two of cannabis.

Natalie Portman admitted in an interview with Entertainment Weekly that she smoked regularly during her college years at Harvard University. Nowadays, however, it is “clean”.

Justin Timberlake speaks very openly about his consumption. He told PlayBoy that he loves smoking weed, especially when he thinks too much about things. He even thinks weed makes people better.

Kirsten Dunst believes that the world would be a better place if everyone used marijuana. She also thinks America’s current cannabis policy is “absurd.”

Speaking to Vanity Fair, Stewart said she doesn’t care who condemns her for smoking cannabis.

In 1994, the Queen of Pop let her rebellious streak hang out on a talk show. When a “fuck” slipped out of her on the show, she blamed the joint she had smoked before. Elsewhere, she also mentioned that the best gift she received was a penis bong.

Oliver Stone said he smoked marijuana during the Vietnam War to “stay human.”

Joseph Gordon-Lewitt told Jimmy Kimmel that he once smoked weed with Oliver Stone.

The three “Ocean’s” stars Clooney, Pitt, and Damon are all not averse to the green herb, which has been made public several times. Did you smoke on Ocean’s Set?

Iron Man also has a history with cannabis. However, this past is marked by a dangerous drug career and not harmless recreational use. Robert Downey Jr. used drugs as a child and was arrested in the 90s for possession of cocaine and heroin. In the meantime, he has left drug abuse behind him.

Former US Presidents George W. Bush and Barack Obama have both publicly “confessed” to using cannabis in their youth. The former presidential candidate Bernie Sanders is even an explicit cannabis sympathist – in contrast to Donald Trump.

There is even an old video of the “Terminator” in which he enjoys a joint. His figure and career as a politician do not seem to have been harmed by the whole thing.

Would you like to know what autumn new trends are wise to invest in right now? It’s always a good idea to look at what some of America’s A-listers are on, as they typically continue Read more…

Sex and sexuality are part of life and apart from procreation, they are also about intimacy and pleasure. It can have many surprising benefits in all areas of life, be it physical, mental, emotional, psychological, Read more…

Beautiful Skin: Rules After A Massage

The therapeutic effects of body massage have been known since ancient times. This includes relief of tension, improved dewiness and increased flexibility, restoration of nerve sensitivity, elimination of cellulite, and many others. Recently, however, more Read more…